Extending Histories: from Medieval Mottes to Prehistoric Round Mounds (‘The Round Mounds Project’ for short) is a three-year research project, funded by the Leverhulme Trust, and carried out by a team of researchers from the University of Reading and the Scottish Universities Environmental Research Centre (SUERC).

The Project, led by Dr Jim Leary, seeks to unlock the history of monumental mounds in the English landscape. Neolithic round mounds, such as Silbury Hill – the largest prehistoric mound in Europe, are among the rarest and lest well understood monuments in Britain. Recent work by Jim Leary at the medieval Marlborough Castle motte, Wiltshire, has shown it to be a Neolithic round mound which was reused in the medieval period, and raises the possibility that other castle mottes may have prehistoric origins. This research project therefore seeks to uncover prehistoric mounds that were adapted for medieval defence or have been misidentified as later mottes – a previously unrecognized phenomenon that could re-write our understanding of both the Neolithic and Norman periods. 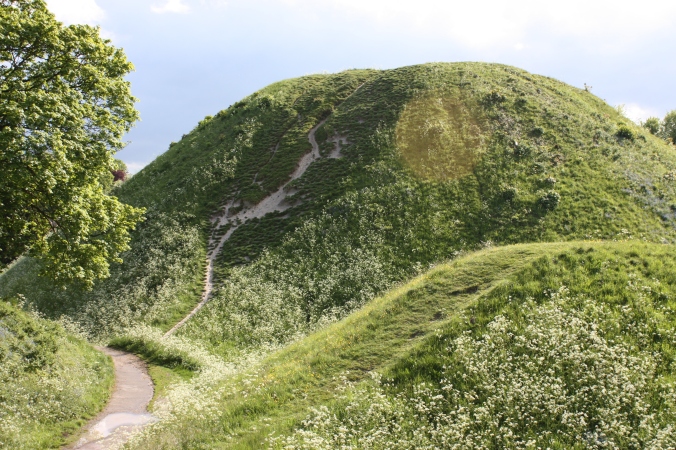 The Leverhulme grant will fund a programme of archaeological investigation utilising a range of techniques: coring, analytical earthwork survey, scientific dating, and detailed environmental reconstruction. 20 mounds from across England will be investigated to understand the date of construction, sequence of development and environmental context of these monuments.

Our first season of fieldwork will take place from September-November 2015. Check back here for updates as the work progresses.

14 thoughts on “Introducing: The Round Mounds Project”